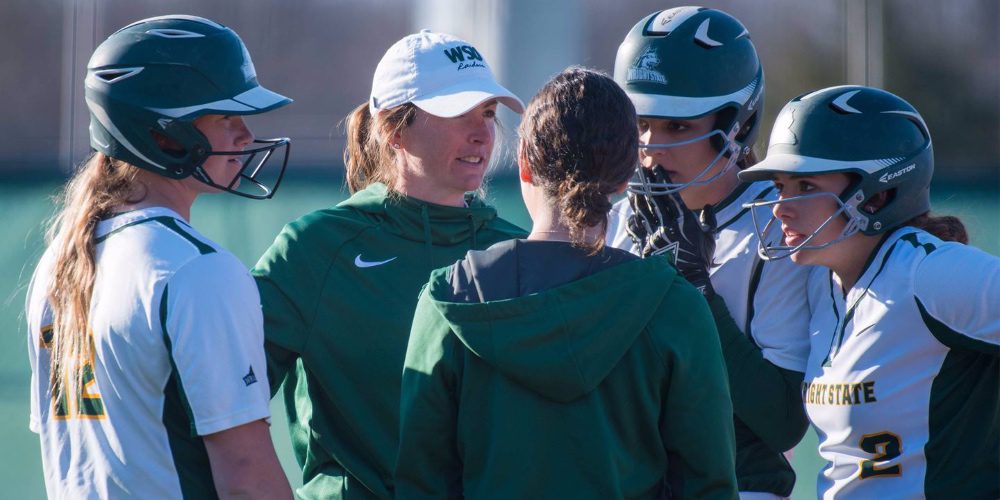 Wright State head coach Laura Matthews figured the toughest news she’d have to break to her players this year was telling them their season had been canceled. She never imagined she’d have to tell them their entire program had been eliminated for good.

Wright State announced Wednesday that softball was one of three programs being cut as part of a plan to slash $2 million from its athletic department budget. The school, located in Dayton, Ohio, cited decreases in enrollment and state funding because of the coronavirus pandemic as reasons for the reduced spending.

It was the first Division I softball program cut since the coronavirus shut down collegiate sports.

“It’s been like a steady progression of bad news followed by the death blow we didn’t see coming,” Matthews said. “We were just stunned and shocked. You can’t even believe it. You just sit there hoping it’s all a bad dream and it’s not really happening.”

Matthews was under the impression the program wasn’t at risk as early as last Friday. Teams had been asked to make budget cuts several weeks ago, but received an email Tuesday saying athletics had to cut an additional $1 million from the budget.

“At that moment, the first thing that goes through your mind is programs get cut. But to be really honest, I didn’t think it would be us,” Matthews said. “We have a beautiful facility and I have felt very supported the whole way. I also assumed you don’t cut softball unless you cut baseball. But somebody had to be cut, and I am happy baseball is still trucking.”

Once the official word came down Wednesday from athletic director Bob Grant that softball and men’s and women’s tennis were being eliminated, Matthews hastily arranged a Zoom call with her team. Some players couldn’t make the call because they were working, and Matthews contacted them individually.

Grant wanted to deliver the news to the team, then left the Zoom call to let the players and coaches talk in private.

“I don’t blame our athletic director and I don’t blame any of our administrators. They are just as heartbroken as we are right now,” said Matthews, a former four-year starting catcher at Dayton. “That was a call our athletic director never wanted to make and he is a tremendous guy. He really is. It was forces outside of his control, one being the pandemic but also just some institutional financial issues that really forced his hand.”

Matthews has been on an emotional roller coaster since learning her Wright State coaching career had come to a jarring end. She slept only 45 minutes Wednesday night, and was still trying to process everything Thursday morning.

“I would start thinking about a kid and then start crying, and then I would think about another kid and start crying. I would read an email from parents of a player and start crying again,” she said. “It was a constant stream of saying, ‘I am OK for now,’ and then you get sad again.” 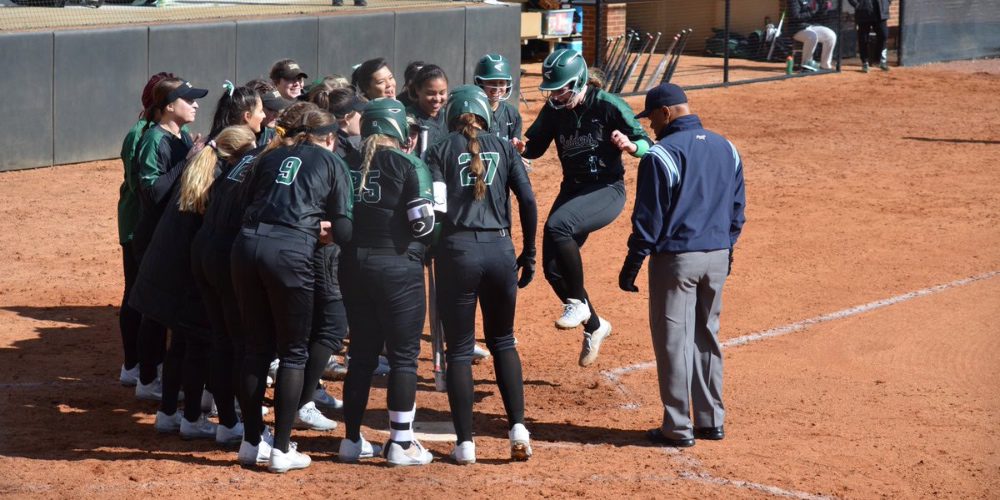 As Matthews tries to work through the stages of grief, the one thing pushing her forward is helping her players. She may not be coaching them on the field anymore, but she will never stop being their coach.

“I need to make sure these 20 women and my two assistant coaches are taken care of,” Matthews said. “When we sign up for this job and talk to these kids in the recruiting process, we tell their parents we will take care of them and love them and be a part of a family. Our responsibility is not over just because somebody made the decision to save money by getting rid of our program.”

Wright State is one of several schools across the country that has cut programs partly because of budget shortfalls from Covid-19. Bowling Green baseball and Alabama-Huntsville hockey were able to get a reprieve from the chopping block after donors raised money to keep them afloat.

But Matthews knows that is often a pipe dream for her gender.

“One of the sad realities as a female athlete is people don’t donate to women’s sports as much as they do to men’s,” she said. “One of our players said we could fund raise and get donor support and she wants to fight. I want to fight too, but I am also realistic and know that is a fight we are not going to win. It feels yucky as a coach to not be fighting with your kids and have to bring in some reality.”

Words cannot express how devastated I am, and I haven’t fully processed this yet. I am honored to have coached a group of tremendous women who exemplify everything student-athlete should be. They deserve better than this. Please reach out to me for questions about any of them. https://t.co/oEC2ZYKnvn

Matthews has been heartened by the support she’s received from the softball community. She’s had coaches from every level reach out in the last 24 hours to offer their sympathy and learn more about her players.

“There are coaches saying they don’t know if they can add somebody because of the extra year of eligibility from Covid and budget cuts, but they are going to talk to their administration to see if they can help our kids,” she said. “People hear a lot about bad things going on in the world, but I genuinely believe most people are good deep down. If you ever want to know that, have a program canceled and see all the love people have for you.”

Wright State will honor the scholarships of players who want to remain at the university, but many still want to play softball. Matthews has been helping them enter the transfer portal and doing paperwork to release incoming signees from their National Letter of Intent so they can sign with other programs.

“I am confident our kids can end up in a really good place. They have done the work and they are great women,” Matthews said. “I keep telling everyone to please, please, please reach out if they think they have a good home for them. They are really, really freaking good softball players and even better people so they would be an asset to a lot of programs.”

Due to unfortunate circumstances i’m looking for a new home to continue my softball career at the collegiate level, WSU program has cancelled. Please reach @joseforsky @HawksJoseforsky @LauraMatthews12 with any information, thanks for all your support! [email protected]

Wright State is honoring the remainder of Matthews’ contract, which runs through May of 2021. Before figuring out her next step in coaching, Matthews is more worried about finding her players landing spots.

She fears more softball coaches will be in a similar situation in the coming months, especially if the college football season is impacted in any major way.

“I hope we are the only ones to experience this, but unfortunately I don’t think we will be,” she said. “We just have to be there for each other and try to help each other out as much as we can. I don’t want us to lose a bunch of really good coaches because of this thing.”

Given all that is taking place in the world right now with the health pandemic and protests about racism and police brutality, Matthews has tried to put her program’s situation in perspective.

But softball has enriched her life in so many ways, and she knows how much it means to so many.

“2020 has certainly been quite the year for not good reasons,” Matthews said. “One of my coaching friends said the other day we just need a win. That is how I am feeling right now. I am just waiting for that win we are going to get.”