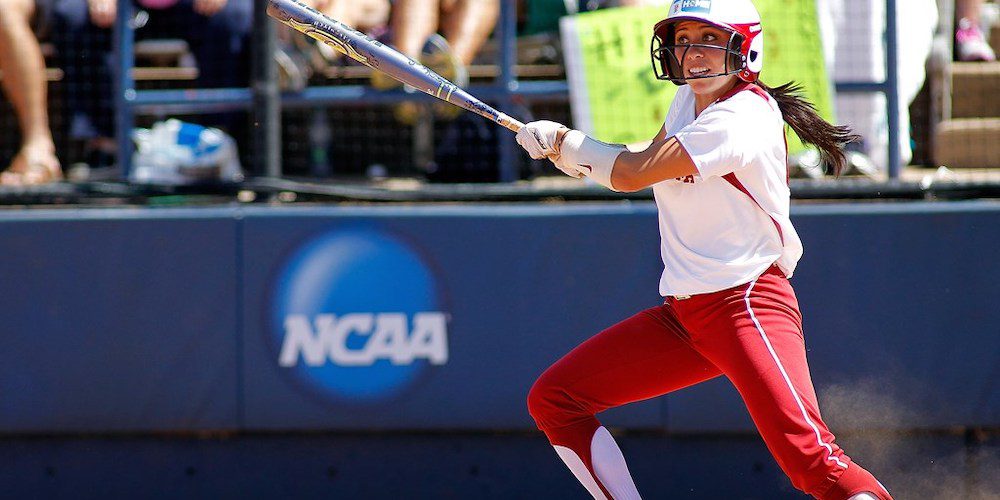 Softball has always been so easily accessible for Destinee Martinez. From a young age, she was able to play as much as she wanted. She never had to worry about finding a bat, glove or cleats.

But once she started working at USA Softball, the former University of Oklahoma outfielder realized not everyone was as fortunate.

During the hours spent with some inner-city kids, Martinez, 27, saw the financial disparity in certain areas of the country.

“I grew up playing in the front yard with my big sister and that is not the case anymore. It opened my eyes to see kids get a bat in their hands for the first time,” said Martinez, a Corona, Calif., native. “It really sparked my interest to figure out a way to get softball more involved and develop the game more at the grassroots level.”

USA Softball didn’t have a role that directly correlated with Martinez’s vision, so she created one. She made a proposal last year to USA Softball CEO Craig Cress and MLB executives Kim Ng and Tony Reagins to become the inaugural Managing Director, Sport Development at USA Softball.

Martinez’s focus is to find ways USA Softball can introduce the sport to underrepresented communities and make sure every child has a chance to participate.

“This goal directly aligned with Destinee’s passion in growing our sport, and since then I have watched her further develop the relationship between USA Softball and MLB,” Cress said. “When she presented the vision she had for a Sport Development department, all parties agreed that she would be the perfect fit.” 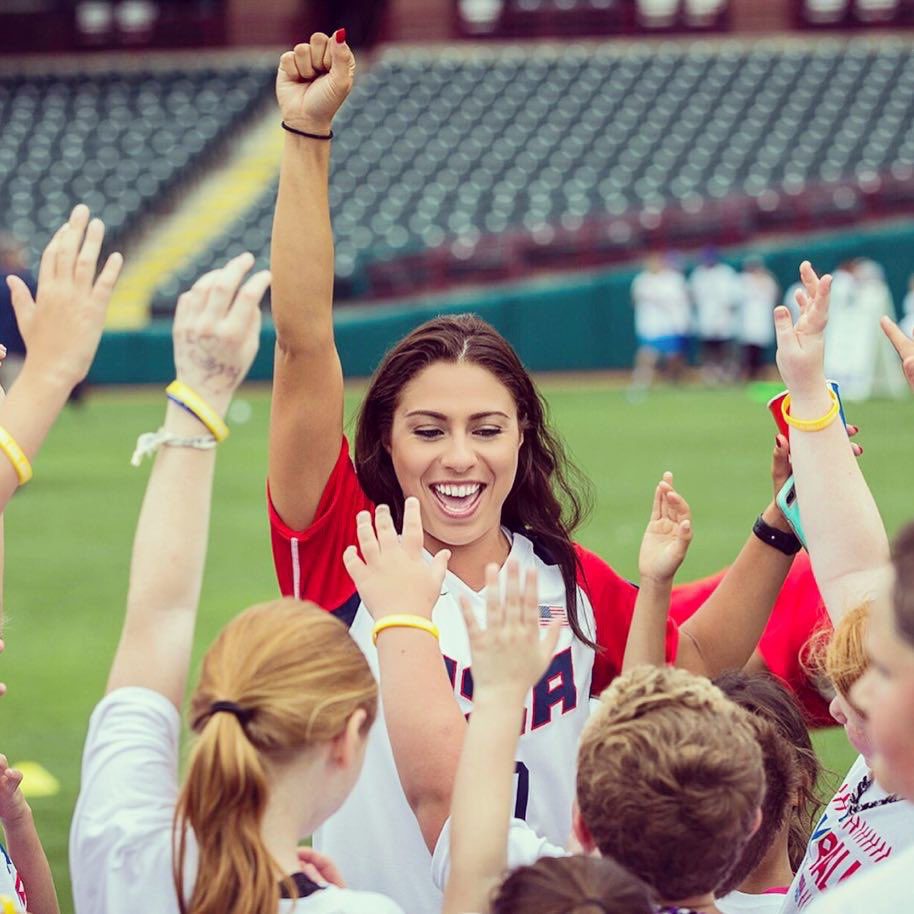 Martinez isn’t sure she would have had the confidence to propose the idea without having played for Patty Gasso at Oklahoma.

“Coach Gasso really teaches you to become a woman. She was able to instill a drive in me to help me become very independent,” Martinez said. “I don’t think until I closed that door that I realized that I truly am strong and willing to go after anything and chase any dream or idea I have. She is a big reason why I am able to fully commit to going after this role I have now.”

Martinez initially thought she wanted to get away from softball once she graduated from OU. She planned to enter the police academy.

But while waiting for the next academy enrollment period, she began looking for a job to bridge the gap. Cress suggested Martinez come work in the USA Softball offices in Oklahoma City, and she took him up on the offer.

“I fell in love with it. I didn’t know there was so much more that goes into softball like running events, data entry and bigger projects,” Martinez said. “There were so many things to do and I started to fully understand how I could make a career of this and stay involved in the game I loved.”

Martinez has created a lot of good memories at her workplace over her lifetime. It’s almost become like a second home.

She first started playing at the USA Softball Hall of Fame Complex when she was in travel ball on the Corona Angels. Martinez made trips to the Women’s College World Series in all four years at OU, including capturing the national title in 2013. She also played on the field as a member of the USA Softball national team. 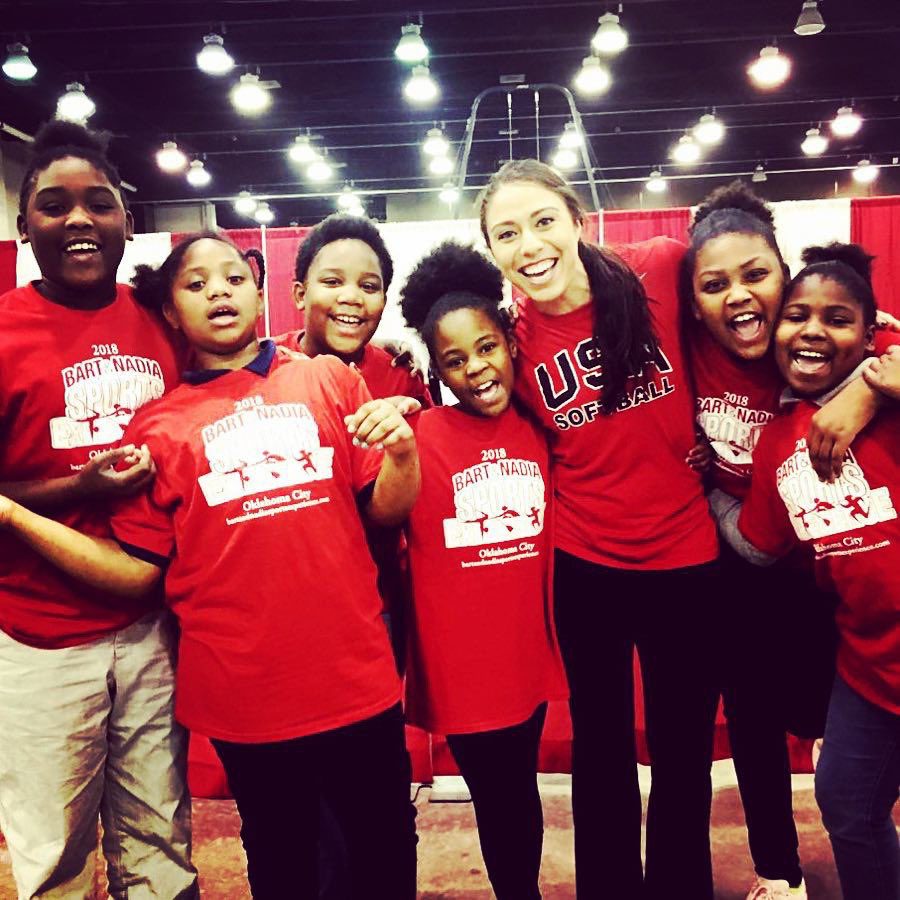 She had an empty feeling two weeks ago when the WCWS was supposed to begin and no teams or fans were around.

“It was just a sad day,” Martinez said. “I went out and took a walk down to the new field and sat down for a second. It was hard.”

But Martinez knows from experience that a loss can lead to even greater gains. The most memorable moment of her OU career was in 2012 when the Sooners lost to Alabama in Game 3 of the WCWS final series.

“Some people look at me like I am crazy when I say that. But I remember that a lot more than winning it all in 2013,” Martinez said. “You truly learn from that and want to compete at another level when you feel that type of loss. Going through that with my teammates and being able to bounce back the next year and win was a career highlight that was really special.”

Martinez wants to give other little girls that opportunity, without income level or location being an obstacle.

She is still figuring out the next steps of her new role by talking with others in the industry and doing a lot of research. She is excited to be the one laying the foundation and creating a path for others to follow.

“Just to bring softball together is my goal. I really want to see the sport come together at every level,” Martinez said. “I don’t know what that looks like or how long it will take, but I want to help figure out a plan for it to be successful.”