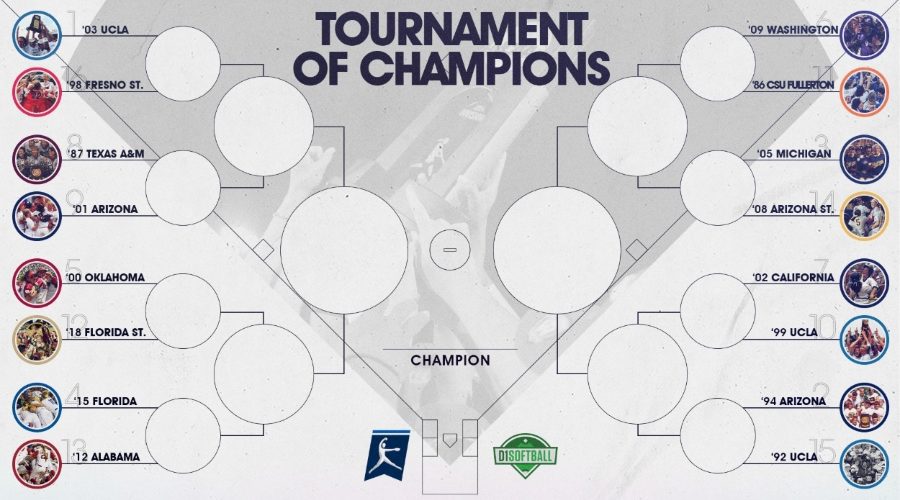 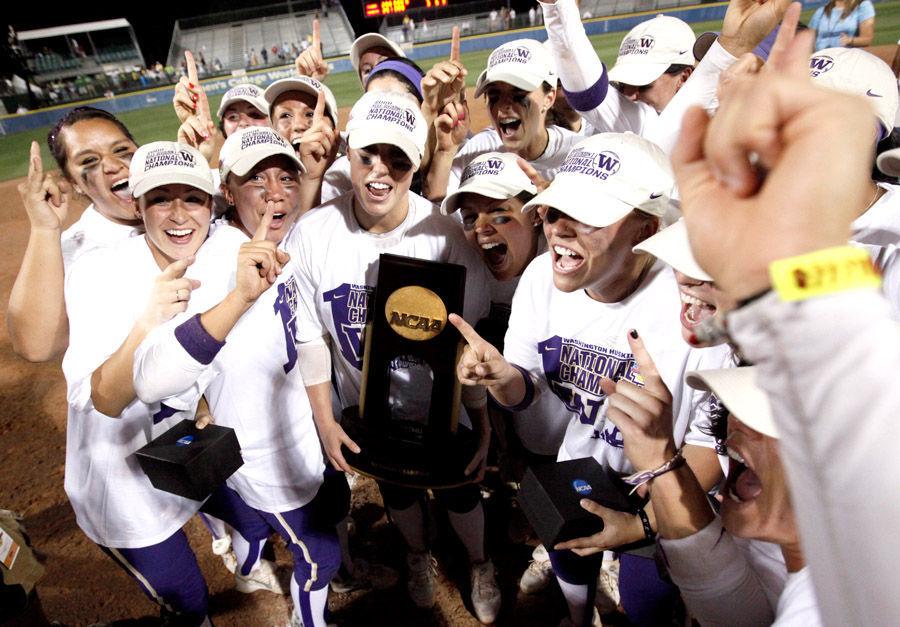 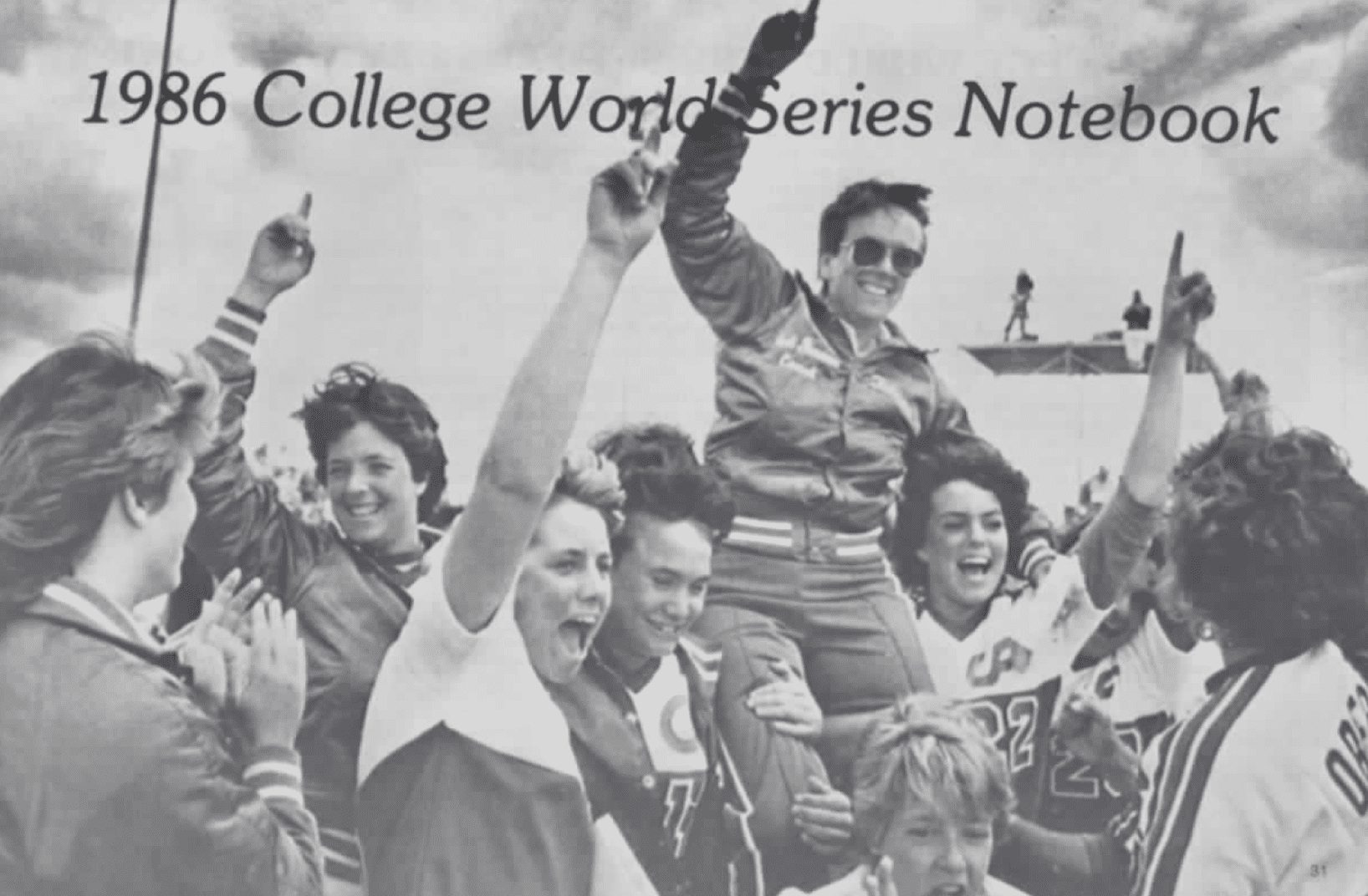 CSUF steamrolled through the 1986 WCWS, which was held in Omaha, Nebraska from 1982-1987. The Titans relied on the pitching duo of Broderick Award winner Susan LeFebvre and JC All-American Connie Clack. The two hurlers combined for a 5-0 record at the WCWS. Clark was named All-Tournament pitcher and faced Aggie ace, Shawn Andaya, in the final game. Clark struck out eight and gave up just one hit to Tori Parks to pick up the victory over the Aggies.  The game was scoreless until the fifth inning when Chenita Rogers tripled and eventually scored on a fielder’s choice. CSUF picked up single runs in the sixth and seventh to make the final score, 3-0. Rogers was a first-team All-American and racked up 74 hits during the ’86 season. The junior left fielder was considered the ‘fastest woman in collegiate softball’ and continued to command the field with a .438 postseason batting average. (CSUF 1986 Media Guide)

Connie Clark, Junior, Phoenix, Arizona (Central Arizona Community College)
Pitcher
The junior transfer went 20-2 with the lowest ERA in the country (0.18) despite sitting out six weeks due to a back injury. The All-American hurler pitched three wins without giving up a single run in the WCWS. Clark was known for throwing an ‘unhittable riseball’ and gave up just 4 earned runs in 155.1 innings pitched striking out a whopping 197 batters. 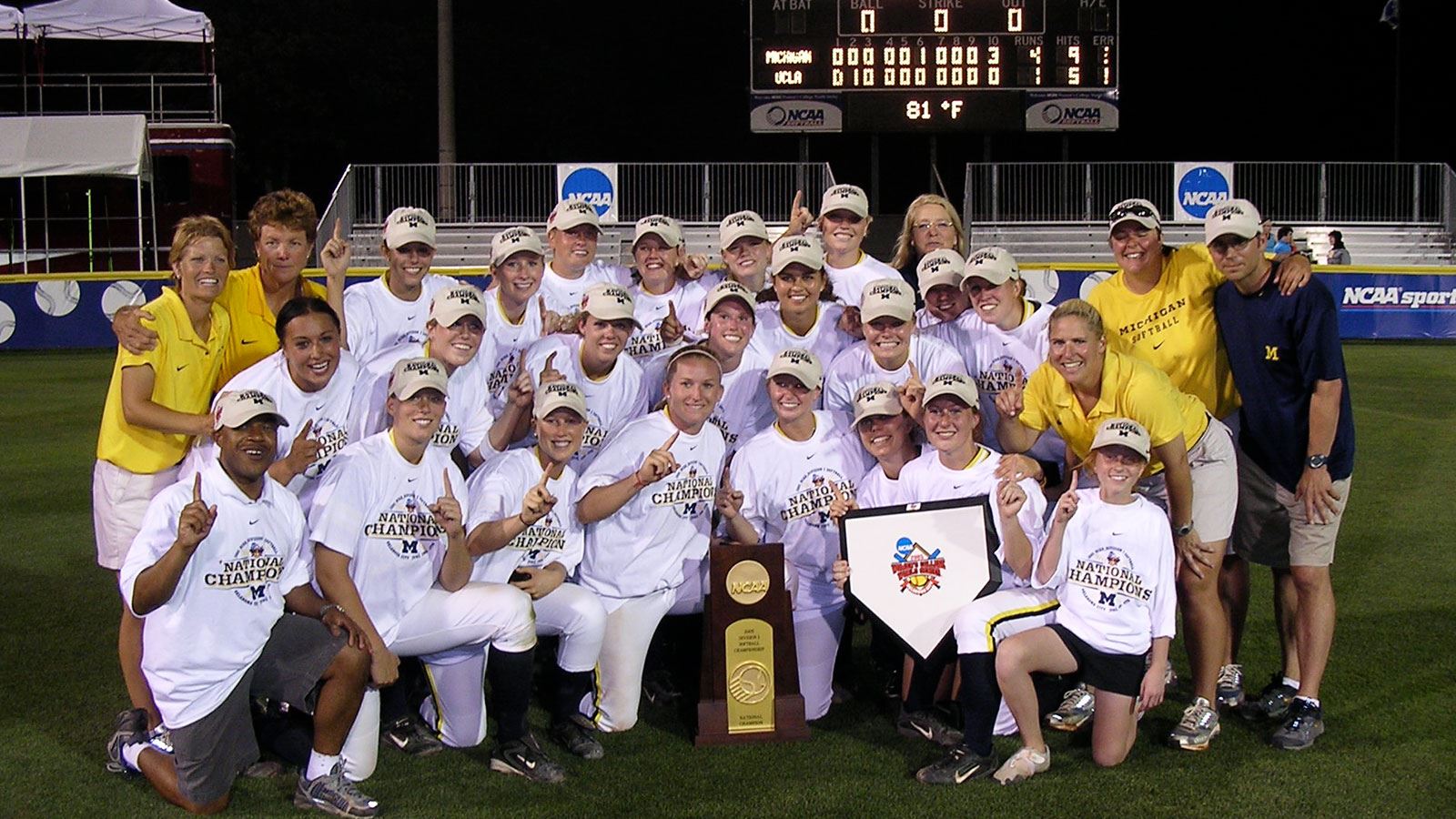 The Wolverines shocked the nation by defeating the defending national champions  — No. 7 UCLA — to win the program’s first national championship. The 2005 season marked the first installment of a three-game championship series. No. 1 Michigan dropped the first game of the series 5-0 only to bounce back and pick up the win in Game 2, 5-2. The if-necessary game did not disappoint as the Bruins scored first in the second inning. Winning on a three-run walk-off win in the bottom of the 10th inning, freshman Samantha Findlay solidified Michigan’s 52nd national championship in school history and just the second for a women’s program.

The first freshman player to earn WCWS Most Outstanding Player with a .725 slugging percentage with 17 RBIs and .400 average in the NCAA Tournament. She was a key contributor in the final game against UCLA, driving in all four runs as a part of a 3-hit game including a three-run 10th inning home run. Findlay went on to earn All-American at second base in 2007 and holds University of Michigan records for home runs in a career (62), RBIs in a career (219), career slugging percentage (.677), and RBIs in a season (77). 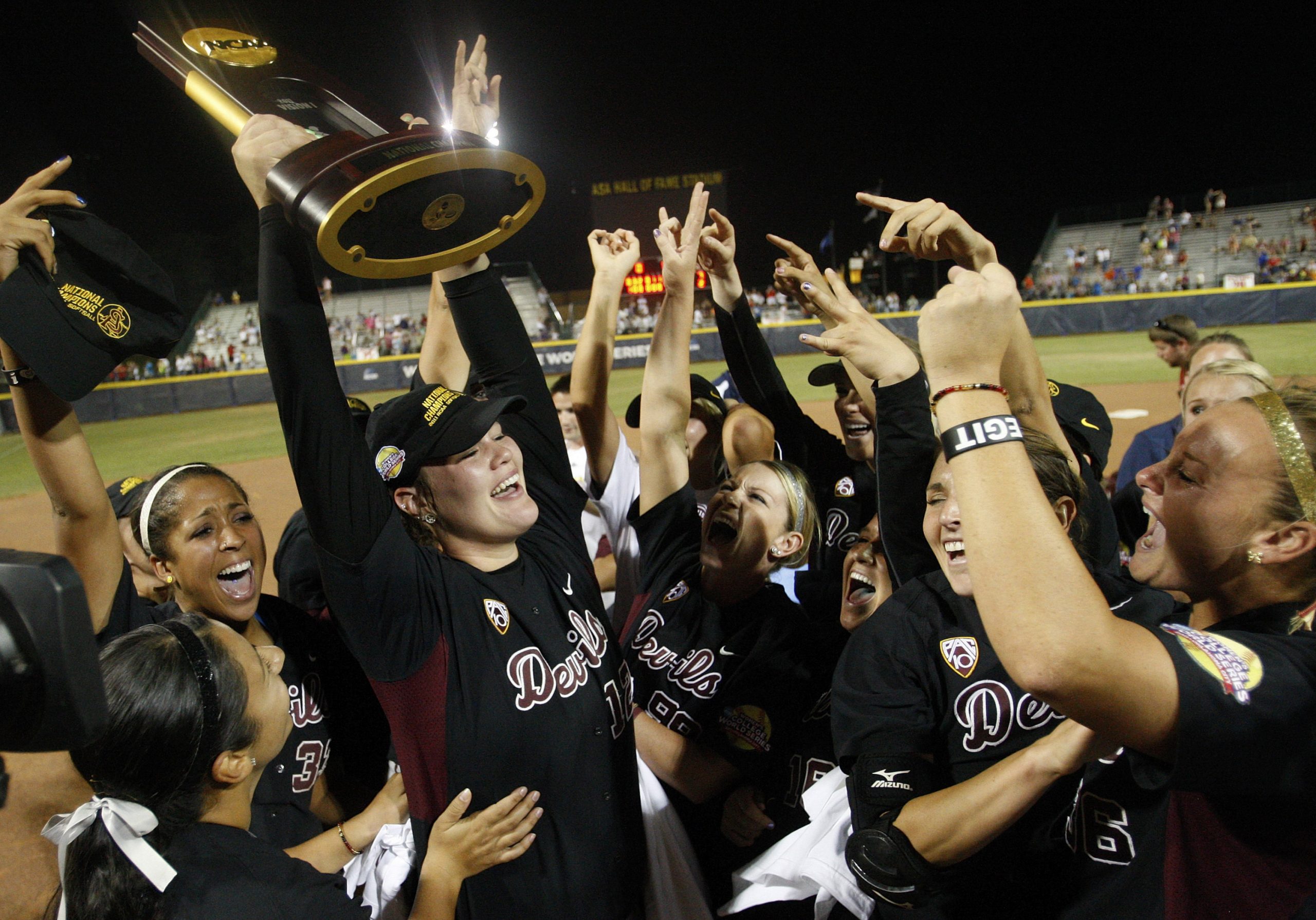 Arizona State’s victory over Texas A&M is the largest margin of victory in a shutout in a WCWS clinching game. The Sun Devils routed the Aggies 11-0 recording the first national title for the program. Katie Burkheat threw a four-hitter striking out 13 and picked up her eleventh straight win. Kaitlin Cochran provided the power for the ASU offense blasting a three-run homer, her 14th of the season, in the fifth inning to take the lead, 3-0. Arizona State sealed the victory with a four-run seventh inning and held Texas A&M in the bottom of the seventh to secure the win.

The powerful lefty racked up numerous awards in her junior campaign including: Pac-10 Player of the Year and First-Team All-American. Cochran hit .439 with 14 home runs, 51 RBI and boasted a .838 slugging percentage.

The lefthander had a stellar senior campaign leading ASU to their first national championship in program history. The two time All-American went 41-5 with 0.75 ERA and finished her career with 118 wins and 1670 strikeouts.