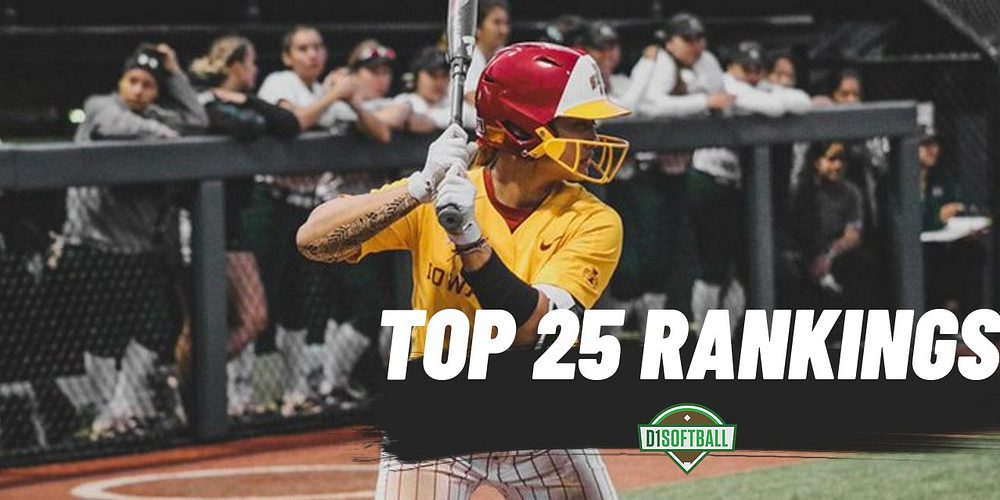 UCLA and Oklahoma remain in the top two spots in the D1Softball Top 25 rankings through two weekends of play.

Which team made the biggest statement this week? Alabama. The Crimson Tide went 4-0 this weekend, including two wins over SEC foe LSU to move up two spots to No. 3.

And where weather permitted, some teams got enough time on the field to make moves in the rankings. Louisiana and Texas jumped a spot due to LSU dropping in the rankings, and No. 11 Virginia Tech climbed the ranks with an ACC series win over Florida State.

Iowa State enters the poll for the first time at No. 22 after defeating Missouri, and UCF re-enters at No. 24.

The SEC leads all conferences with eight teams in the Top 25. The Pac-12 and Big 12 are tied with five teams, followed by the ACC with three, the Big Ten with two and the Sun Belt and AAC with one.

How The Top 25 Fared: Week Two