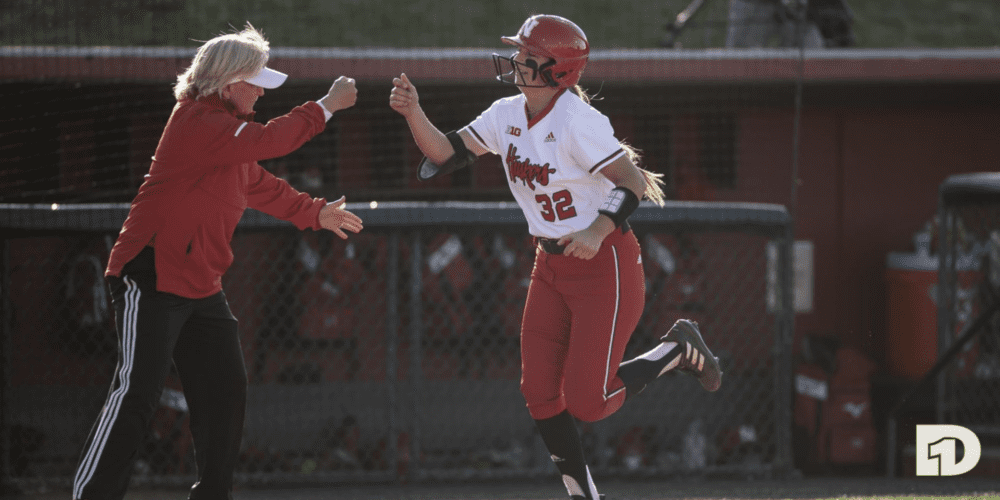 Oklahoma finally opened the door for the rest of the country, courtesy of Hailey Dolcini and Texas. The problem for those who aspire to No. 1? Most of the contenders stumbled on the threshold.

The Sooners’ 40-game winning streak is history (just not record-breaking history), but the defending national champions won the rivalry series in Austin. They maintain comfortable control of the top spot in the D1Softball Top 25, in part because their five closest pursuers also either lost or didn’t take the field this past week.

No. 12 Washington rode the momentum of a sweep against Oregon State to climb three places closer to the top 10, where the Huskies began the season. But the week’s biggest mover was the Big Ten, where No. 21 Nebraska and No. 25 Illinois enter the fray. The Huskers and Illini have a combined 28 consecutive wins between them at the moment.

With seven teams in the Top 25, the SEC leads the way. Oregon and Stanford’s exits mean the Pac-12 (4) slips behind the ACC (5) for the first time this season. The Big Ten doubles its total to four ranked teams, one more than the Big 12. UCF and San Diego State give the American Athletic and Mountain West one representative each.