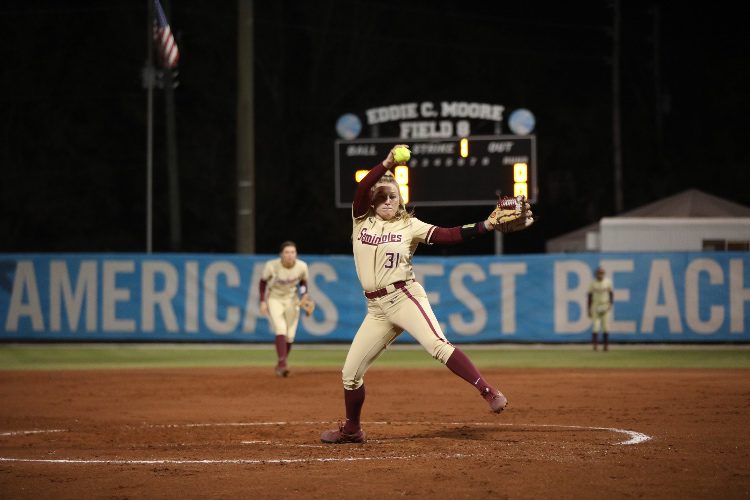 The season’s second week offered plenty of marquee games at the St. Pete Clearwater Elite Invitational and elsewhere, but entertaining fare had little impact atop the D1Softball Top 25.

No. 4 Florida State emerged happiest from Clearwater, an extra-inning victory against No. 6 UCLA in the tournament finale allowing the Seminoles to climb one spot in the rankings this week.

But Wildcats were the week’s most upwardly mobile bunch, whether of the Big Ten or SEC variety. Northwestern jumped into the top 10 off a strong showing in Clearwater that included a dramatic victory against UCLA, while Kentucky climbed to No. 15 after beating another bunch of Pac-12 Wildcats in Tucson.

After five consecutive defeats, and almost as many errors as runs, Texas (5-6) suffered another setback by dropping out the Top 25 entirely. Auburn, USF and BYU join the poll this week.

Auburn’s arrival, combined with LSU clinging to No. 25 after a rough weekend, leaves the SEC with nine ranked teams, easily the best among all conferences. The Pac-12 (5) and ACC (4), Big 12 (2), Big Ten (2) all feature multiple representatives, while the Sun Belt, AAC and WCC are also represented.

〈
Previous Article Growing up in the Game
Next Article What We Learned: Week 2
〉