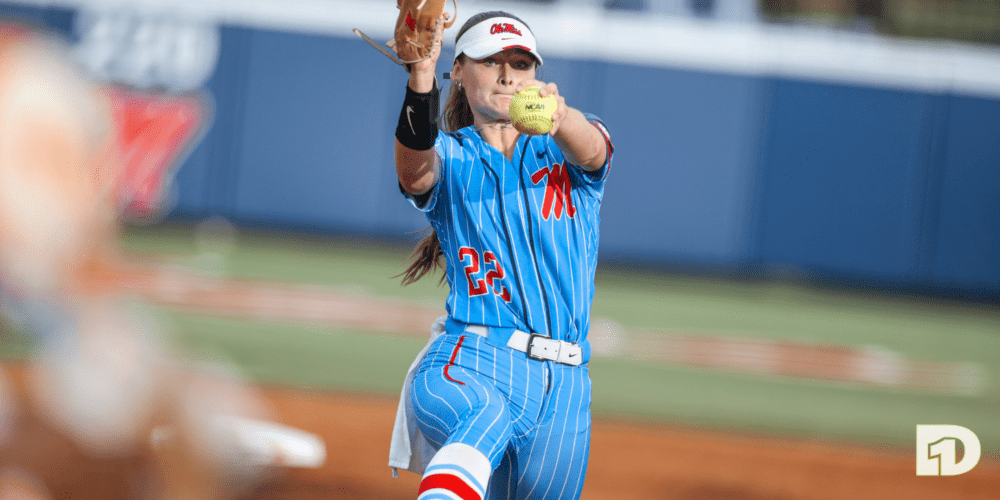 With just under a week to go until Selection Sunday, parity reigns supreme across the nation. Other than in the Big 12, that is. After capturing its 10th consecutive Big 12 regular season title, Oklahoma remains comfortably atop the D1Softball Top 25.

No. 5 Arizona State enters the top five for the first time after a thrilling series win over No. 8 UCLA in Tempe. No. 9 Oklahoma State and No. 10 Northwestern each drop three spots after tough weekends on the road against Oklahoma and Minnesota, respectively.

No. 11 Tennessee climbs two spots after sweeping Auburn, checking in just ahead of No. 12 Washington after the Huskies ran into trouble against surging Utah and dropped out of the top 10. Clemson remains at No. 16 after an idle weekend, with No. 17 UCF close behind after clinching an outright AAC title by winning its series at Wichita State. Losing on home turf cost the Shockers their spot, which opens a space for Mississippi. The ninth ranked SEC team won a weekend series against No. 21 Georgia.

The SEC continues to lead the way with those nine teams in the rankings. The ACC is next with five, while the Pac-12 and the Big 12 each has three representatives. The Big Ten has two ranked teams, while the American Athletic, Sun Belt and Mountain West have one representative each.