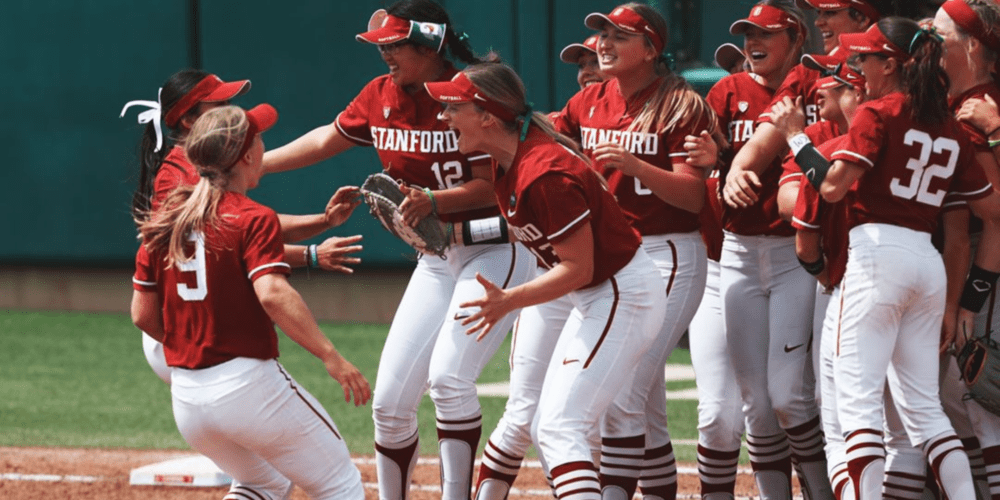 After a week of reshuffling near the top, the nation appears no closer to catching No. 1 Oklahoma. Fresh off setting the NCAA Division I record for the best start to a season, the Sooners cruise through another week atop the D1Softball Top 25.

Thanks in large part to Stanford, there is a traffic jam through the rest of the top five. After losing a series against the Cardinal, UCLA drops from second to fifth. Alabama claims the vacant No. 2 ranking after completing a series win against Georgia and winning the first two games of a series at Florida.

Virginia Tech lost twice last week but moves up a spot because it balanced those setbacks with two mesmerizing victories at Florida State. The Seminoles likewise balanced defeats with quality wins and only drop one spot. Got all that?

Fresh off those two shutouts against the Bruins, Stanford enters the poll at No. 25. But it isn’t the most precocious newcomer. Notre Dame jumps into the fray at No. 23 after a perfect week that included a midweek victory against Northwestern.

The SEC still leads the way with seven teams from the conference included in this week’s rankings. But with six of its own included, the Pac-12 closes the gap. The ACC (5), Big 12 (3), Big Ten (2) also have multiple representatives, while the American and Mountain West each has one ranked team.

〈
Previous Article D1Softball Weekly Chat: April 11
Next Article What We Learned: Virginia Tech and Florida State are WCWS caliber teams, Oklahoma does it again, and Stanford can pitch
〉