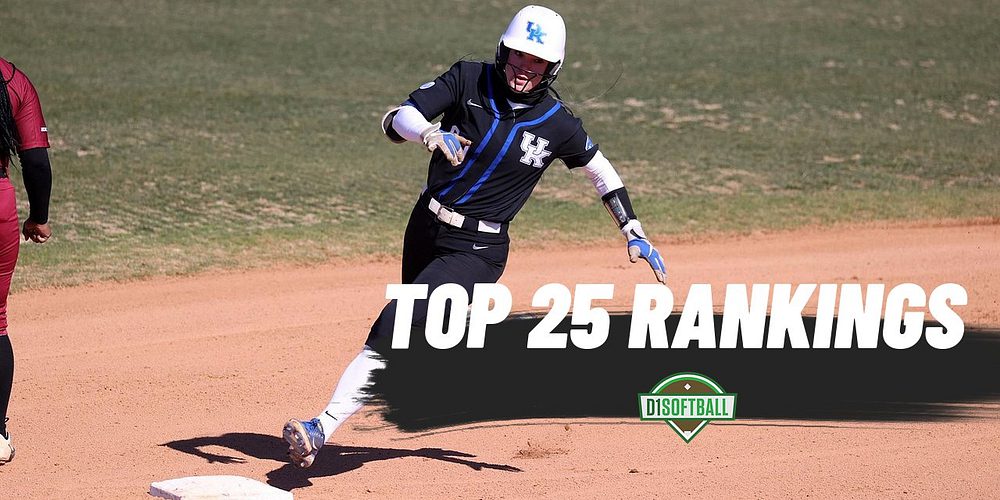 Oklahoma remains at the No. 1 spot in the D1Softball Top 25 Rankings after going 6-0 with two wins over ranked Missouri. The Bruins remain at No. 2 while Arizona jumps to No. 3 after Alabama fell to South Alabama at home.

Oregon bumps up to No. 4 and Oklahoma State keeps a steady climb to round out the top 5.

New entrants to the poll: Northwestern and Tennessee

The SEC leads all conferences with eight teams in the Top 25 followed by the Pac-12 with five, the ACC with four and the Big 12 with three. The Big Ten and Sun Belt are tied with two teams, followed by the AAC with one.

Please confirm deletion. There is no undo!
You are going to send email to
Move Comment