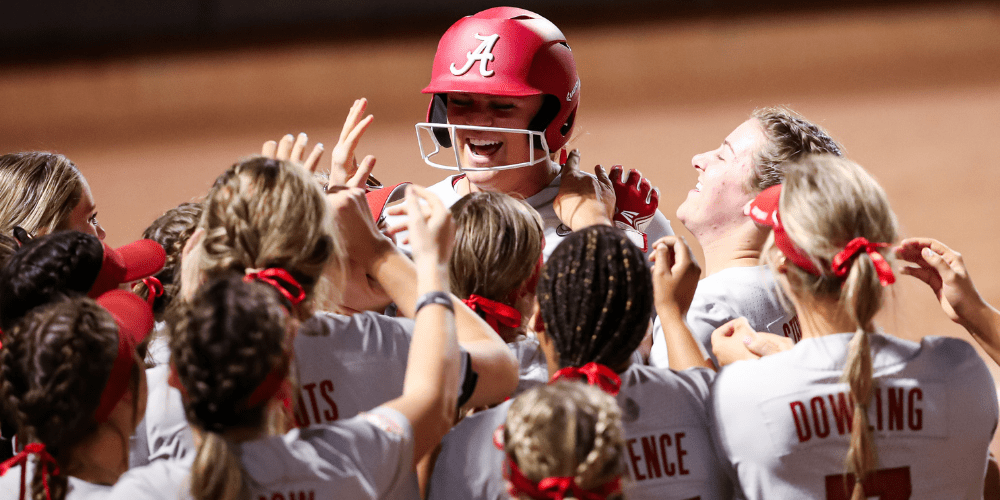 Get 20% Off An Annual Subscription. Use Coupon Code: Gameweek

It was an opening weekend to remember with Top 25 matchups across the country.

No. 1 Oklahoma and No. 2 Alabama remain at the top after going undefeated with wins against ranked opponents. No. 3 Florida climbs two spots after wins against No. 17 Michigan and USF.

UCLA remains at No. 4 — there’s no shame in losing a close one against the Sooners — followed by No. 5 Florida State and No. 6 Washington. Oklahoma State drops to No. 7, just ahead of a hot Virginia Tech squad. The Hokies went 5-0 with wins over No. 14 Missouri, No. 18 Kentucky and No. 21 Northwestern.

Arkansas falls a spot to No. 9 after a 3-2 weekend in Puerto Vallarta, just ahead of No. 10 Texas.

New entrants to the poll include No. 24 UCF, which defeated Georgia in thrilling walk-off fashion on opening day, and No. 25 Illinois. Liberty and James Madison drop out. Liberty went 0-4 against tough competition, while James Madison did not play.

The SEC leads all conferences with eight ranked teams, followed by the Pac-12 with five and the ACC with four. The Big 12 and Big Ten each place three teams in the Top 25, while the AAC and Sun Belt each have one.