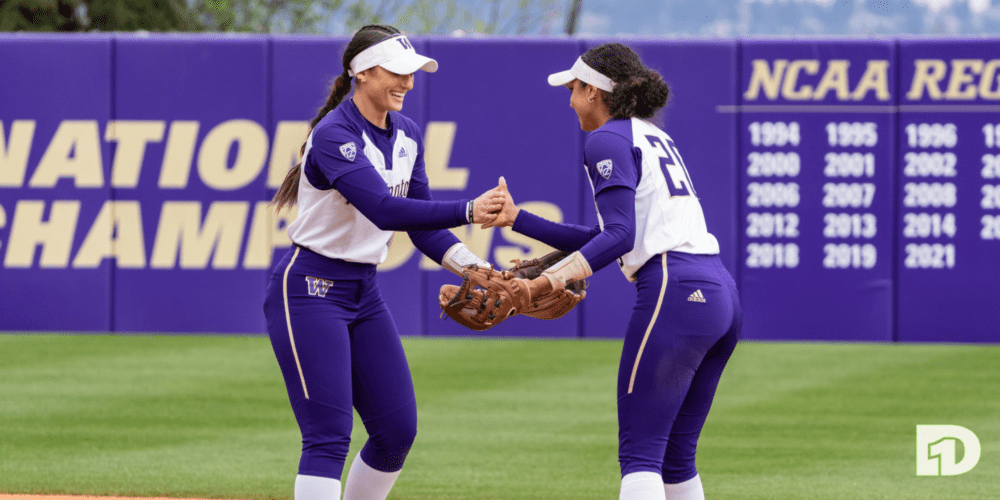 The top of the heap remains nearly the same in the latest D1Softball Top 25. After that? Not so much.

The upheaval begins with No. 7 Alabama dropping five spots after a series loss to Texas A&M on the road. The rest of the rankings resemble the Wild West.

Other than No. 9 Washington, which climbs into the top 10 this week, every team ranked between ninth and 15th a week ago dropped at least two games. That opens room for Tennessee, which climbs three spots this week to No. 13. Notre Dame is also on the move, climbing to No. 20 on the strength of a midweek win over Indiana and sweep of North Carolina.

No. 23 Stanford and No. 25 LSU re-enter the rankings. The Cardinal snapped another winning streak, taking a series from Arizona State, while the Tigers won yet another SEC series.

The SEC leads the way with eight teams in the rankings. The Pac-12 and ACC each has five, followed by the Big 12 with three. The Big Ten slips to two ranked teams, with Nebraska and Illinois departing as quickly as they arrived. UCF and San Diego State give the American Athletic and Mountain West, respectively, one representative each.